The Arabic language is a Semitic language that dates for more than 2500 years ago. Actually, it is one the oldest surviving languages in the world, a mother tongue of over 400 million people, and 30 modern dialects alongside the historical formal modern standard Arabic.

What version of Arabic should I choose for my Arabic Translation?

The answer to this question can be complicated. There are many factors that will determine the Arabic version needed for your translation. The first question is how formal is your text?

In most Arabic-speaking countries modern standard Arabic is the accepted version, and the most used form of Arabic for legal documents like governmental documents, medical documents, contracts, website content, etc.

However, in other industries, local dialects might be implemented.

In order to illustrate the complexity of this, I will take the advertising industry as an example. The advertisement industry tends to use the local dialects in some cases, while they prefer modern standard Arabic in other cases.

Let’s Take Coca-Cola as an example

One of the major factors that will be determining the version of Arabic is time. In the past, it was very dislikeable that an ad would run in a local dialect as it might be considered a low-level and thus low-quality product. As pan-Arabism was on its rise in the 50s- mid-’70s we could clearly see that MSA, as a uniting factor for all Arabic-speaking countries, was the exclusively used version of Arabic. 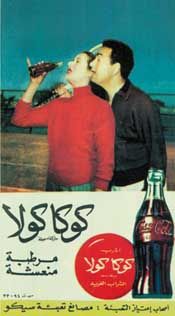 An Old Coca-Cola advertisement In Arabic

In this ad, we can see that coca-cola choose the modern Standard version of Arabic to introduce its product. Modern Standard Arabic has a special trait compared to the local dialects, it is automatically perceived as a serious and authoritative message by the Arabic reader. This cultural trait will be discussed later. Coca-cola, choose to introduce this product in this way in the past. This helped to establish authority among the public. Furthermore, this helped Coca-Cola to better understand the local market and the communication ports with it. 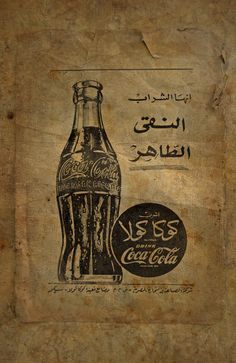 It is the clean and Pure Drink- another old Coca-Cola ad in Modern Standard Arabic.

We can see that in the past, Coca-Cola tended to use Modern Standard Arabic as its main Arabic version. However, nowadays Coca-cola tends to use local dialects more often in its ads. 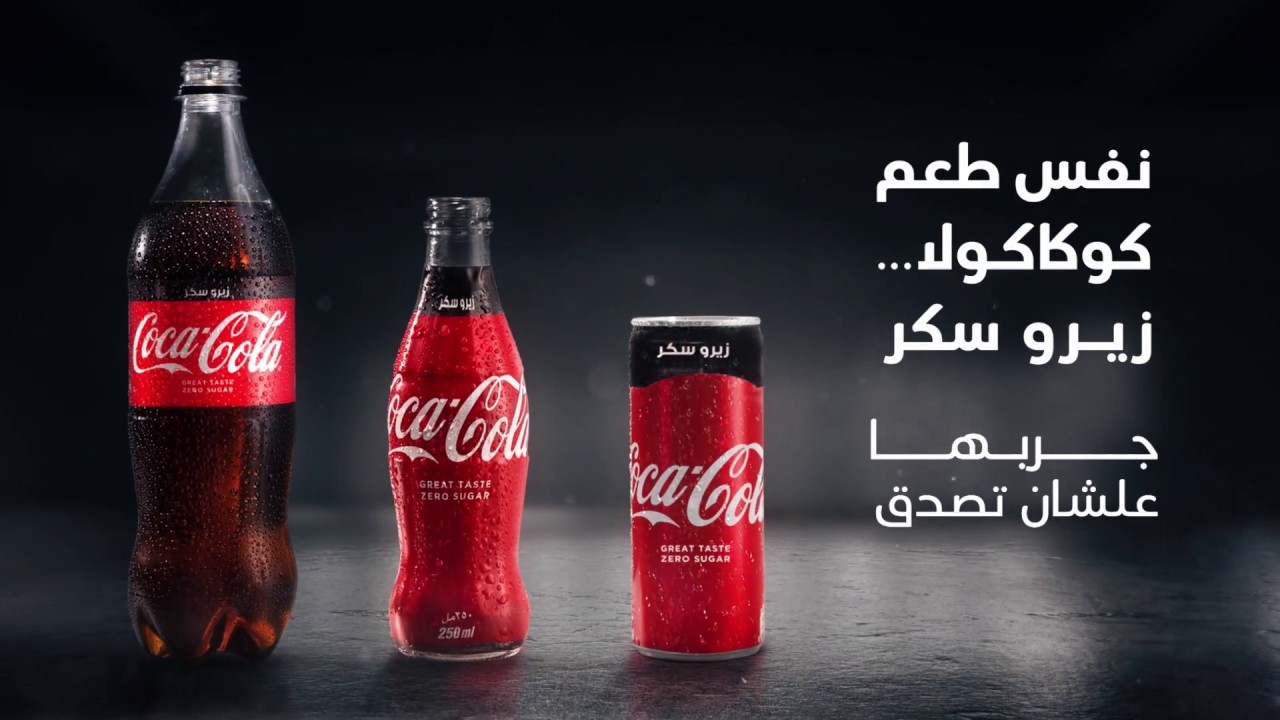 In this relatively new ad, we can see that there is partial use of the local Arabic dialect.

At this point many of you might be asking:

Why use the local Arabic dialect for translation?

First, Modern Standard Arabic is a formal form of Arabic, people in all Arabic countries don’t speak this form of Arabic between them, thus, if you want to address your friends or family or you just want to address someone in a friendly way, you might prefer the local dialect. We can see that companies that established a positive public view, tend to change the ads they use, and they might choose a more intimate approach in a local dialect. You can see the example above of the coca-cola company’s change in ads over the years.

The second reason is the Decline of Modern Standard Arabic among young people. The 2017 Arab Youth Survey found that 68% of Gulf Arabs aged 18 to 24 used English more than Arabic on a daily basis, a twelve-point increase from 2016. The reasons for this phenomenon are plenty and include the westernization of the Arabic society, the Arab spring, the internet, social media, and various globalization effects. As a result, many companies when reaching young Arabs tend to do that in the local dialect.

What is the cultural value of Modern Standard Arabic?

Modern Standard Arabic is the uniting language for the 22 Arabic countries. Furthermore, it is the language taught in schools and universities as well as in the news. Modern Standard Arabic, is the language of the Quran, the Muslim holy book. As a result, it is the language of prayers for 1.8 billion people around the world. most of the historic Arabic literature, poetry, and books are written in this version of Arabic. because Modern Standard Arabic is promoted by many political groups like pan-Arabist, Islamist, and other nationalist anti-colonialist groups it had gained a lot of opposition as well. in some countries, some political groups oppose it and struggle to promote local dialects. One of the famous critics of MSA is Said Akl. He is most famous for his advocacy on behalf of codifying the spoken Lebanese language, as a competency distinct from Standard Arabic, to be written in a modern modified Roman script consisting of 36 symbols that he deemed an evolution of the Phoenician Alphabet.

Obviously, choosing the correct version of the Arabic text needs a linguistic and cultural localization expert. Many factors need to be considered in this process.

When use Modern Standard Arabic for a translation?

There are many parts to this answer. First, you need to know the general subject of the translation. For example, medical translations are generally translated into Modern standardized Arabic, moreover, academic texts, research, news, legal documents, and contracts are all mostly in Modern standardized Arabic. Having said that, this is not an ultimate thing, in many cases, some parts of the text might need to be in the local dialect. For example, if we present a document in a court and we need the participants to fully understand it, we might be asked to translate it into the local dialect. Another example is research. Whether it is market research or medical research. when conducting research, in order not to fall into the trap of selection bias, it will be reasonable to ask for 2 versions ( one in MSA and one in the local dialect). In this way, we will make sure that we have an objective distribution of candidates, both highly educated and less educated.

Should Medical texts be translated into Modern Standard Arabic?

In the medical field, the main question is who are you addressing. If it is a professional medical text, that is targeting native Arabic medical professionals, then MSA is the best choice as this population should be familiar with it. However, in this case, a local medical doctor’s validation is still needed as many times doctors or other medical professionals might not be familiar with the exact Modern Standard Arabic medical idioms. A good example of this would be a medical text in Arabic targeting medical doctors in Lebanon ( a country where most of its citizens speak both French and English alongside Arabic) the doctors might not be familiar with some idioms in Modern Standard Arabic. For example, an idiom like “subdural hematoma” was found to be poorly understood in its translation into Arabic “ورم دموي تحت الجافية”. Especially in multi-lingual countries like Lebanon and Tunisia. In this case, your medical validator will be advising you to include the English/French translation between brackets so all of them understand it.

On the other hand, countries like Syria, implement MSA strictly in their curriculums thus medical professionals would most certainly understand the MSA version.

The second case is if we are translating a patient’s questionnaire into Arabic. in this case, in each country, a local medical doctor must be validating this text as many people might have problems understanding it. Furthermore, a small random sample of the target population (patients, customers, etc.) must be picked and tested for the understanding of the text. This process is called linguistic validation.

Clinical questionnaires include many times mixtures of MSA, the local dialect of Arabic, English, French (North Africa, Lebanon), and even Hebrew ( for Israel).

Should I translate my E-content or website into Arabic?

Arabic is spoken by more than 400, million people around the world. There are over 30 formal dialects of Arabic.

Only in the past year, 2019, the number of young Arabs shopping online has spiked, from 53% to 71% as a recent Arab youth survey suggests. 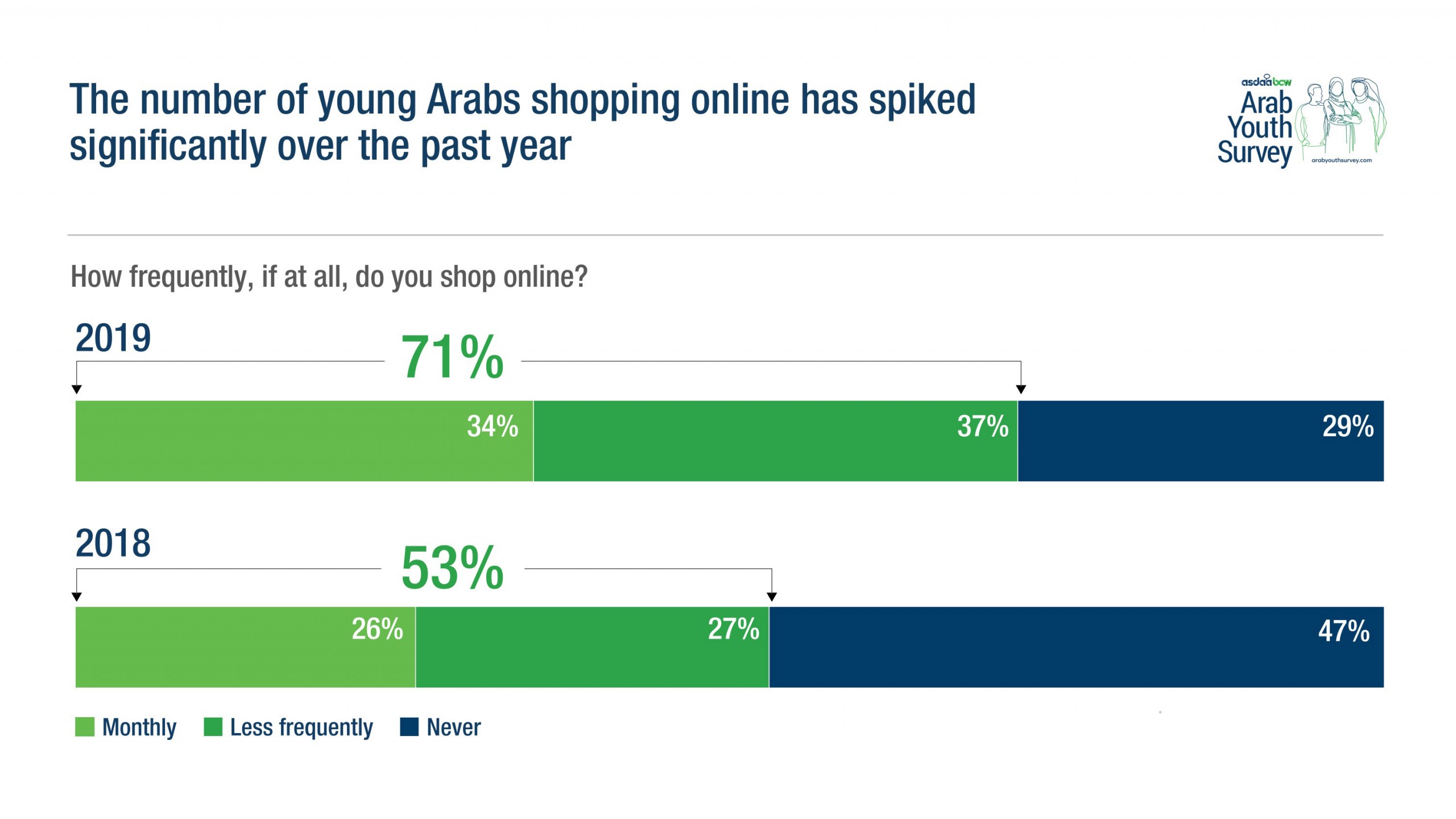 However, research suggests that Arabic is one of the least presented languages online. Only around 0.9 % of the websites around the world are in Arabic ( although Arabs consist of 5% of the world’s population).

The first answer is localization. Any Arabic-translated website needs to be localized, as mentioned above. If your audience is well educated, you might probably go for MSA while if its the general public, in this case, you might have a challenge in the translation process and you might need experienced copywriters to deliver the message in a simple local dialect combined with of an easy form of MSA, so that the public in the 22 Arabic countries understand the content. Among the most famous dialects are the Egyptian and the Levantine dialects, these dialects are often used as a substitution for MSA to simplify content for readers. This way one version of Arabic, might be enough to address most of the 400 million Arabic Speakers.

The second obstacle is technical, as Arabic is not a Latin language, the writing direction is from right to left, unlike English. Most website designs are adapted to Latin letters. Therefore, many times design adaptation is needed for the Arabic version, a thing that might lead to considerable expenses.

The third reason is that the website is addressing a well-educated population, that most probably speaks English. For example, the stock market and financial websites could be translated to MSA, however, many times the website owners assume the Arab visitors are fluent in English.

First reason: is SEO, the competition in Arabic is not as high as in English yet. Having a world language of 400 million speakers on your website will naturally enhance your web traffic. Furthermore, having one of the 6 United Nations’ official languages will add more authority to your page, eventually, this will convert to SEO and sales.

Second reason: Increasing your client base. Addressing 22 more countries in their mother tongue will automatically reach potential clients in these countries. 6 out of the 22 Arabic countries have a very Human development index and another 5 have a high development index. Furthermore, some of the Arabic countries’ economies have a very high growth rate (for example Egypt’s 5.8 % (2018)). Many fields like high-tech, apps, medical field companies, and pharma consider the Arabic market as a potential growth space for the future and thus they translate the content increasingly into Arabic.

Third reason: some of your clients might expect this from you (directly or indirectly). In order to be able to build a localized business approach to Arabic-speaking countries, you will need to have your own “Arabic message” for your clients.

Part of building your brand is to be able to localize it and adapt it to various populations. Arabic is not another language, it represents a large influential world population, thus, most certainly needs to be localized. This will help you to have a deep insight into the market, client requirements, and challenges. Moreover, you will be able to add value to your services.

Fourth Reason: Regulations, some Arabic countries might require you to translate the content, products, and services you offer in order to grant you accesses to some markets: medical, financial, petro-gas, and more.

Arabic is one of the most spoken languages around the world, around 5% of the world’s population are native Arabic speakers, however, only 0.9% of the web is in Arabic. As the internet reaches more population around the world, we expect the market of Arabic Translation to significantly grow. Although MSA (Modern standardized Arabic) is on the decline, it is still the main used version of Arabic in many fields and topics, however, as the internet reaches more portions of the general population around the Arabic-speaking world, more simplified versions of Arabic might be needed, including a mixture of local dialects and MSA. Eventually, we recommend you have professional advice and guidance from experts to be able to provide the best-localized products and consequently outcomes.

We would like to hear your thoughts on the topic:

What do you think, should MSA be abandoned for easier local dialects?